Do nothing from selfish ambition or conceit, but in humility regard others as better than yourselves. ~Philippians 2:3

On a recent trip to the grocery store, I found myself being mindful…not only of “social distancing”, but also of the general mood of the store.

People are definitely more focused. While we seem to be focused on our task at hand, it also appears that we are noticing one another more…mostly in order to stay out on one another’s path. But, at least we are taking notice of the presence of our neighbor.

On this trip, I was wearing my Death Wish Coffee Company bandana as a makeshift mask. I find that the skull and crossbones are intimidating and motivate others to keep their distance. If I had been thinking, I would have worn a Harley Davidson hat and jacket. With that, people would have thought I was some rough and tough biker dude. Those who know me, well…

What I noticed were people’s eyes. I thought it might be difficult to read the mood of the room while the majority of shoppers were covering their faces. However, our eyes can tell a story. While I could not tell if people were smiling or frowning, I could get a sense of joy or burden, calm or chaos, peace or anxiety, fear or strength just by observing my neighbors eyes. To be honest, I’ve not been that observant in the past.

As I made my way to the checkout line, the power went out. My first thought was, “Now what?” Shortly after the initial darkness, the backup generator kicked in and the even number lanes opened to serve customers.

The lane I had been standing in (9) closed and the cashier asked everyone to move over to lane 8. As we were making our way over, a woman who had not been in the previous line, rushed to the front.

The young cashier (I know she was young because she had to have a coworker scan the “communion elements” for the adult members of our family!), said to the woman, “Excuse me ma’am, these folks were ahead of you.”

The woman basically ignored her as the cashier spoke to the gentleman who had been at the front of the line, “Sir, would you like to make your way to the front.” The man calmly said, “That’s okay. She can go first. She’s obviously in a hurry.”

The woman offered no apology, no signs of remorse, no attempt to play it off as not paying attention, no offer to move to her appropriate place in line…Just a self-righteous, “get out of my way, I’m more important than you” attitude.

I found myself being proud of the gentleman in front of me. He could have made a scene. However, he made the decision to extend a bit of grace.

We’re all in this together. Maybe this time serves as an invitation to slow down and recognize what truly matters? Maybe this is a time to take the words of Philippians 2 seriously – to consider others as better than ourselves?

I recognize that maybe the woman was in a hurry because she just wanted to get in and out of the store as quickly as possible. Maybe her fear, rather than selfishness, is what really drove her to disregard those around her.

I hope that as we continue in this “new normal”, we all will be more like the gentleman who extended a bit of grace and less like the self-involved woman who was only looking out for number one. We’re in this together…and we are better together. 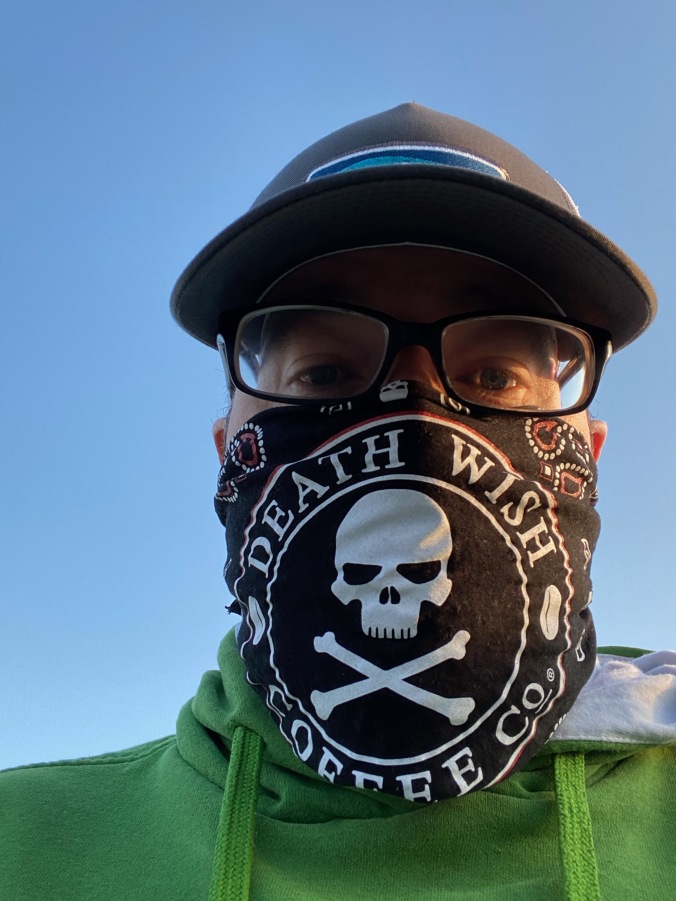